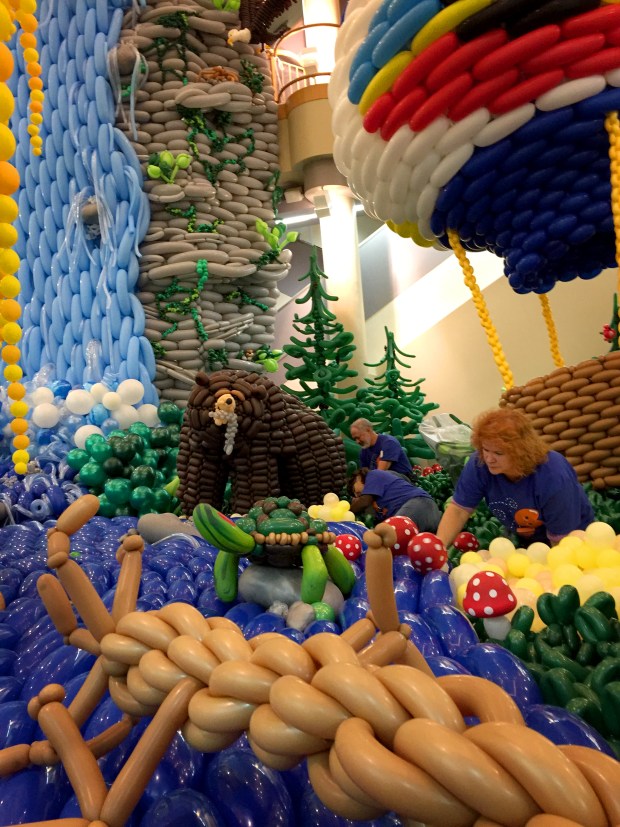 Keely Cheatle and Larry Moss, otherwise known as “Airigami” are definitely sculptors, even if their medium is a bit out of the norm.

And they don’t limit themselves in scale, theme, or just about anything for that matter. The dynamic duo has created sculptures of underwater themes and even recreated the space shuttle.

Their most recent sculpture was in Rochester, NY, titled “Journey on the Genesee.” This was not an easy task, even if the building blocks are as light as air!

Over the span of four days of non-stop activity, a crew of 70 artists and crafters built the sculpture with over 40,000 balloons. Crew members came from as far as Ireland, the Netherlands, Canada, and all over the US just to be a part of the installation. Some had never worked in the balloon medium before, but were fascinated by previous Airigami projects and encouraged to participate. “Innovation is always enhanced with new perspectives. In the past we’ve had NASA engineers, graphic designers, and mechanics join the crew” says Larry.

Not only do Larry and Kelly inflate balloons, they also inflate kids’ minds. As part of the project they used balloons to teach kids concepts in science, math and engineering.

They also taught the kids to make the simple balloon dogs–and those dogs were later transformed into grass for the finished work. 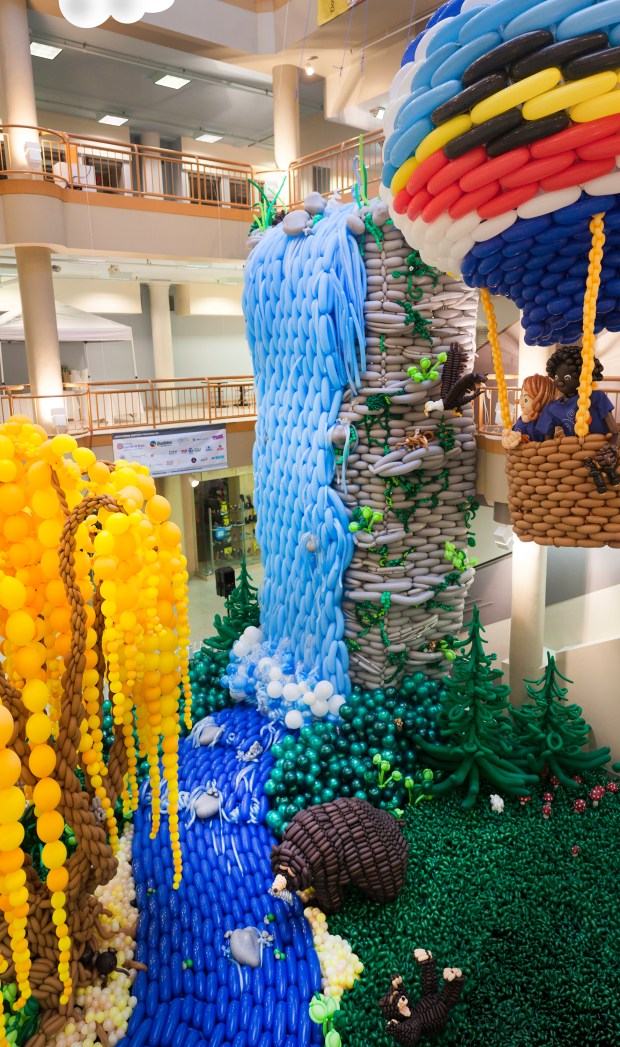 The sculpture had a limited life. It was on display through the 7th of February. After that a “popping party” was held as the installation was taken down. The popped ballons were then composted. (Who knew you could compost balloons?)